Ctrl V, the largest VR theme park operator in North America, has started VR arcade business in North America for the first time and is now operating about 30 branches in Canada, the U.S., Cost Arica, etc. Ctrl V and Thirteen Floor have agreed to launch STUMPER at 20 branches simultaneously and start co-marketing actively in January.

Jung Woo Park, Thirteen Floor CEO, said, "I am glad that we are getting into North America market, which plays the largest role in the VR market. The partnership with Ctrl V will be the touchstone that allows players from all over the world experience our premium VR content."

Arturo Salek, Marketing Manager of Ctrl V, also said, "We are happy to be working with Thirteenth Floor to provide quality content for our customers and the VR community in general. Good content is what will ultimately bring VR to the mainstream and working with companies like Thirteenth Floor makes that dream come closer to becoming a reality every day."

Last April, STUMPER launched on Steam as an early access version and it is the first VR rhythm game with battle support through a real-time global ranking system. Its regular music updates of various genres and visually spectacular game scenes are cited as strong points of differentiation amongst numerous rhythm games in the market. 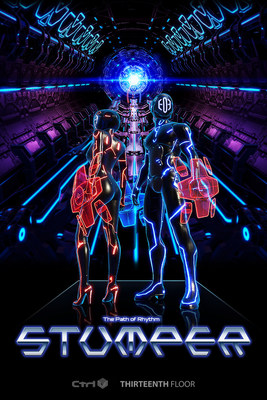 Currently, Thirteenth Floor is planning to launch the game on various VR platforms such as PSVR and Oculus Quest early next year.