Catheon Gaming partners with CyberStep to launch Onigiri on the blockchain 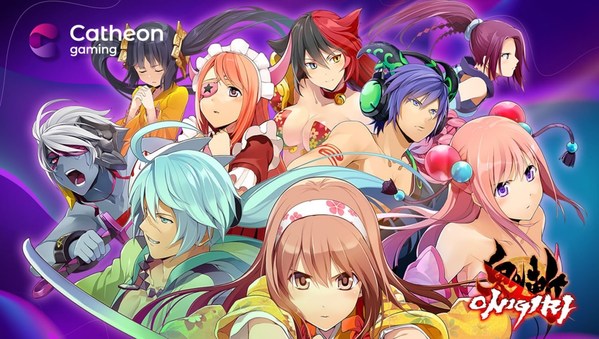 Catheon Gaming partners with CyberStep to launch Onigiri on the blockchain

Onigiri is a Free-to-Play MMO Action-RPG available for PC, iOS/Android, Playstation 4 & 5 and Nintendo Switch. Originally released in 2013, Onigiri has over 5 million downloads worldwide. The title features fast-paced action, player versus environment gameplay in a beautiful ancient Japanese setting, with more than 100 companion characters to choose from in-game. With Onigiri, CyberStep has developed a long-lasting relationship with a community of loyal fans, not only in Japan but also across Asia and North America. As a result of the popularity of the game, an anime series was developed around it, which highlights its appeal.

Catheon Gaming will bring its deep expertise and network in blockchain, NFTs, gaming and Web3 to assist CyberStep in creating new products and services that will amplify digital fandom around the franchise and game.

Both Catheon Gaming and CyberStep recognise the global popularity of anime and the industry's long-term appeal. The anime gaming audience accounted for $1 for every $5 spent through the app stores on mobile games in 2021. The growth in global popularity is fuelled by the availability of anime content on streaming platforms such as Netflix, in emerging entertainment markets, and in core P2E gaming markets. The current consumption of anime is supported by collectibles and memorabilia, which paves the way for introducing NFTs into the space.

William Wu, CEO, Catheon Gaming commented: "Over the last six months at Catheon Gaming, we have made real progress in harnessing the potential of NFTs and gaming for some of the anime franchises, offering their fanbase new digital experiences based on the important principles of true digital ownership and decentralization. Catheon Gaming is proud to have played a significant role in some of the major milestones in the development of true digital property rights via NFTs for gaming. We are extremely excited to be bringing Web3 to one of the most popular entertainment industries in the world, anime."

Rui Sato, Chairman & CEO, CyberStep said: "Since its inception, CyberStep has established a solid foundation for its services in North America, Asia, and Japan by eagerly expanding overseas. CyberStep was one of the first game developers to publish Free to Play games in Asia and have served over 60 million users worldwide. Our mission is to develop and deliver entertainment through innovation and we are very excited to enter the NFT Game market with Catheon Gaming. We hope that everyone will enjoy our brand new anime-based blockchain game."

Catheon Gaming is the fastest-growing integrated blockchain gaming and entertainment company globally. The company's flagship franchise, SolChicks, entered the market following successful fundraising from various venture capital investors, institutions, and launchpad partners. The company brings technical, gaming, and marketing expertise together with deep roots in the blockchain industry. The company's strategy is to partner with leading game developers and IP-holders to incubate and launch "best-in-class" blockchain games and bring them to the widest possible audience.

CyberStep, Inc. is a leading game developer and publisher from Japan which was founded in April 2000. From popular online action games such as "Onigiri" and "GetAmped", to the world's first online claw machine game "Toreba", CyberStep brings over 20 years of experience and expertise in the game industry, providing players with the highest quality of entertainment. The company's mission is to develop and realize never-before-seen ideas that can be enjoyed by people all around the world.