WUXI, China, July 1, 2022 /PRNewswire/ -- The new energy automobile industry, featuring electric vehicles, is developing at a rapid pace in China. As an important part of the industrial chain, charging piles has also entered the fast lane of growth. As the battery power and driving ranges are increasing, easy access to charging piles has become a new concern of many involved in the industry.

Recently, NEA (New Electricity Approach), a charging platform for electric vehicles in China, owned by LongShine Technology Group Co.,Ltd, has reached an agreement with XPeng Inc. for data interconnection with the super charging stations built by the latter, contributing to the formation of a "nationwide charging network" and the sharing of charging infrastructure resources. 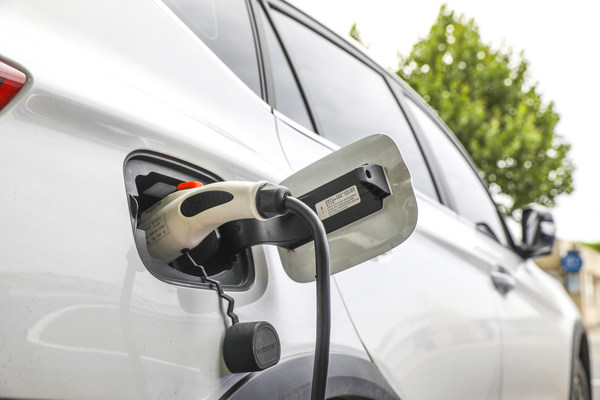 The average charging power of XPeng's super charging stations reaches up to 90kw, which can charge a car battery to 80% in 30 minutes. Currently, XPeng has built 954 such charging stations, covering all municipalities directly under the control of the Central Government and prefecture-level administrative areas across the country. By now, they have been used for a total of more than 3.7 million times. In addition, Xpeng will launch a new-generation super charging pile in the latter half of this year, which will enable a car to run 200 kilometers after being charged for 5 minutes and the battery to charged to 80% from 10% in 12 minutes. XPeng is running ahead of other auto manufacturers in the construction of fast charging piles.

With the recent development of the electric vehicle industry and the increasing awareness of low-carbon travel, people are more likely to use electric vehicles for medium- and long-distance travels in China. Therefore, the demand for fast charging keeps rising. High-power DC charging piles are most likely to become the mainstay of the new infrastructure construction project in the future, which coincides with NEA's development concept of a charging network. According to the data obtained from NEA, nearly 60% of the charging piles connected to the platform are fast charging piles, including many high-quality DC fast charging stations, including XPeng, NIO, TELD, and Star Charge, all of which provide car owners with highly efficient services. In comparison, fast charging piles only account for 40% among public charging piles across the country's new energy vehicle charging industry. The effort made by NEA to build a highly efficient charging network has pushed it to the forefront of the industry.

The high efficiency of NEA is also reflected by its accessibility. Unlike the charging apps independently developed by its competitors, NEA has decided to build charging portals in other apps that are widely used in China, such as Alipay, UnionPay, Amap, and Baidu Map. Therefore, users can charge their cars without the need to download any additional apps or worry about the availability of a charging pile. Collaborations with those top apps allow NEA to be ahead of its competitors from the starting point, and its broad network of charging piles gives car owners the confidence to charge their cars anytime and anywhere. Currently, NEA is working with State Grid, China Southern Power Grid, TELD, Star Charge, and a large number of medium- and large-sized charging service providers. In addition, NEA has also achieved data interconnection with top auto manufacturers in the industry, including NIO, Li, XPeng, Neta, Guangzhou Hongda, and FAW Volkswagen, operating more than 90% of the public charging piles in the country and maintaining its market share among the top platforms. 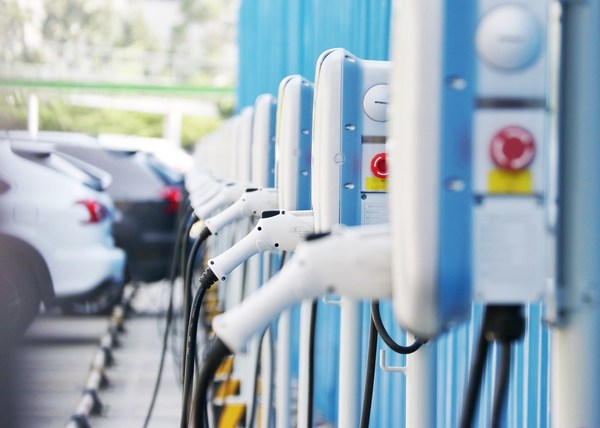 It is also noted that China's charging infrastructure has reached a development crossroads. On the one hand, the ratio of charging piles and cars is far lower than 1:1; on the other hand, less than 10% of the public charging piles are being used. It can be seen that there is still a huge space that can be explored for the utilization of charging piles on the market. Relying on the technological and operational advantages of the parent company LongShine Technology in the field of "Internet + energy," NEA is capable of achieving a "1+1>2" effect through working with Alipay, Amap, and other top apps and accurately target customers for charging stations, with the aim of maximizing the utilization of the existing charging piles and reducing the operating costs of charging pile operators. This will allow OEMs to focus on the development of vehicle technologies, which may be one of the main reasons that XPeng and other OEMs join hands with NEA.