SHANGHAI, Oct. 18, 2021 /PRNewswire/ -- On October 16-17, Maker Faire Shanghai – one of the most popular Maker Movement's global conventions made its second landing on the Bund. As the strategic partners of the Faire, leading media agency Wavemaker and China's largest online Q&A community Zhihu, together with One Planet Nature Foundation, unfurled their own path on the otherwise unassuming Yuanmingyuan Road pedestrian walk.

With two highly participatory performance artwork, the Partners invited every curious adult and child to question and answer, reflecting on the now and envisioning the future, creating together a Curious Route, and a one-of-a-kind Answer Wall comprised of bricolages about their takes on the future. 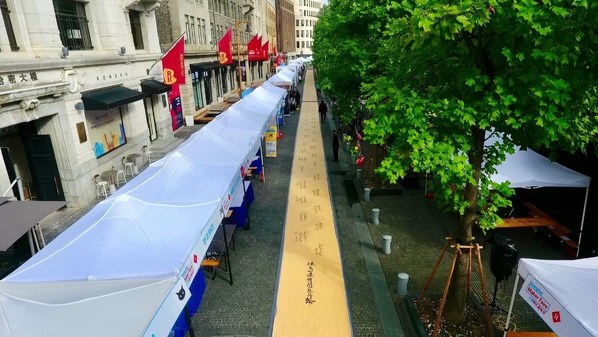 This performance artwork is about questioning and answering.

The questions transformed participants' individual curiosity to the future onto the hundred-meter Route in traditional Chinese calligraphy.

The answers were woven into distinctive artworks, every one a most resounding response to the future. The questions written on the Route all came from the crowd with a diverse background. Photograph: Wavemaker CN.

On and off the Route, thousands of future-makers offered their own thoughts on the topic in recorded interviews and casual chats, fusing their questions into the hundred-meter walk and, on the far end of it, coalescing their hopes and wishes into unique DIY bricolages, collectively showcasing a future full of creativeness. This participatory future-making reawakened the crowd's curiosity toward tomorrow's unknown, at the same time giving it generous space to be expressed and heeded. Such inventive, diverse, and sustainability-conscious imaginations boldly zoomed out the confines of an unsurprising now, refocusing instead on the unseen end of the temporal horizon. 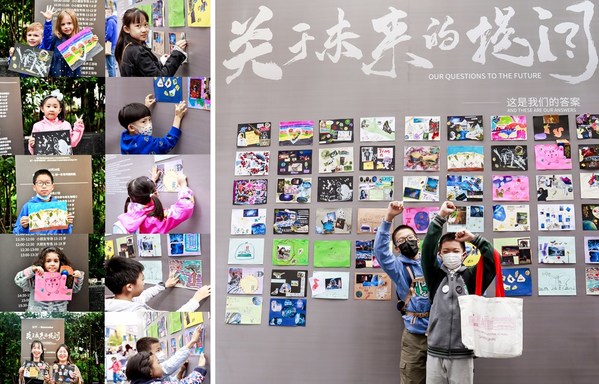 The Answer Wall, the final exhibition to inspire thinking about the future, was created from young people and children’s on-site imaginations. Photograph: Wavemaker CN.

During the abrupt weekend chillness, flanked by a dazzling array of exhibitors that mostly focused on cutting-edge technology demo or workshop, the refreshing sight of Wavemaker and Zhihu brought a warmer and more undiluted side to tomorrow's storywriting. Every participant their own protagonist, their gathering soon became a welcoming oasis in the very heart of a vast clockwork urban rhythm.

The Curious Route is, in effect, just a prelude to Our Questions to the Future­—a tribute to those who believe in and look forward to a more diverse, inclusive, and sustainable future. Committed to rediscovering the irrepressible curiosity adults once had as children as well as protecting and encouraging every child's hope for tomorrow, the participatory social innovation project brought an intimate, curious, and insightful adventure to right under the tens of thousands weekend merry seekers, writing a promising foreword to the colossal endeavor of making a better future.

In the next chapters of the project, Wavemaker and Zhihu will publish an Our Questions to the Future­ book by the end of 2021, continue sharing more questions from partners who are on different walks of life. Around the same time, a Q&A forum will be launched on Zhihu.com, where the Partners will continue to invite questions of varying magnitude, engaging the public to stay focused on a future on our living breathing planet.