DUBAI, UAE, May 9, 2022 /PRNewswire/ --  Adani Sportsline, a part of the diversified Adani Group, has made a landmark foray into franchise cricket by acquiring the rights to own and operate a franchise in UAE's flagship T20 league. 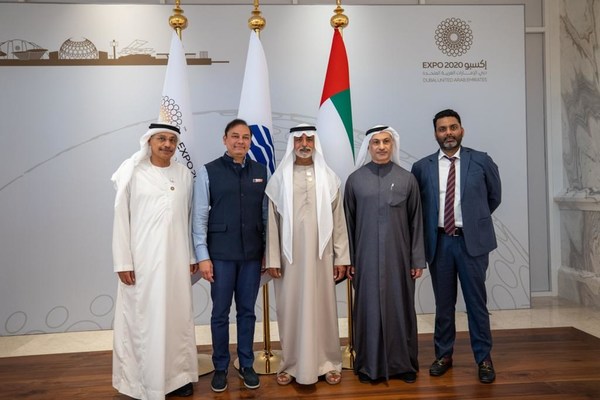 Licensed by Emirates Cricket Board, the UAE T20 League is an annual event that will feature six franchise teams competing in a 34-match event. Top players from all the cricket playing countries are expected to be in the line-up of different teams. The league will be providing a platform and exposure to upcoming young cricketers. This will be the first major move overseas by the Adani Sportsline that will connect and engage with global fans from across the cricketing nations.

Khalid Al Zarooni, UAE's T20 League Chairman said; "It is a proud moment for us to announce the Adani Group's association with the UAE's T20 League as a Franchise team owner. This acquisition fits perfectly in the group of corporates who have already acquired franchise team rights in the League. The trust shown by the Adani Group augurs well for the League and we look forward to benefitting from their business acumen and working together to make our League successful."

"We are excited to be part of the UAE T20 league," said Pranav Adani from the Adani Group. "The UAE is an amazing amalgamation of several cricket loving nations. It provides an excellent platform for enhancing the visibility of cricket as the sport goes increasingly global. Our presence here is also a great base for the Adani brand that is contributing significantly to the sports ecosystem in India through leagues such as boxing and kabaddi, and nurturing sporting talent at the grassroots level through the Garv Hai initiative."

Mubashshir Usmani, General Secretary Emirates Cricket Board said; "We are extremely pleased to have one of Asia's leading corporates as our franchise team owner. This is a resounding thumbs up to the unique opportunity that the UAE T20 league offers to experienced and established business owners. We are confident that this association will be mutually beneficial for both the Adani Group and the League. UAE's T20 League will attract some of the biggest names in world cricket while also giving a platform and international exposure to local and upcoming players".

Adani Sportsline is promoted by the Adani Group whose diverse businesses include port management, electric power generation and transmission, renewable energy, mining, airport operations, natural gas, food processing and infrastructure. The group has annual revenues of over US$20 billion with operations at 70 locations in 50 countries and a market cap of over $222 billion.